TSRI Assistant Professor Srinivasa Subramaniam will be the principal investigator of the new five-year grant.

The focus of the new study is a multifunctional protein known as rapamycin (mTOR), which is involved in embryonic development, cancer and diabetes. Malfunction in mTOR activity--either too much or too little--has also been linked to a variety of brain dysfunctions such as epilepsy, mental retardation, Huntington's disease and Parkinson's disease.

In the new project, the researchers will use a wide variety of techniques to examine the role and regulation of this protein in a brain region called the striatum, which controls motor, psychiatric and cognitive functions.

"Even though mTOR is widely expressed throughout the body, its brain-specific regulation and function remain unclear," Subramaniam said. "While we know that inhibiting mTOR protects against symptoms of Huntington's and Parkinson's diseases in animal models, the new grant will help us answer two critical questions: 'How is mTOR regulated, and what happens when it is depleted selectively in the striatum?' " 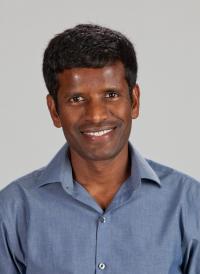