Over nearly three decades, MetLife and MetLife Foundation have invested more than $32 million in Alzheimer's research and public information programs, including over $17 million through its Awards for Medical Research

in Alzheimer's disease. It has also supported a number of other major Alzheimer's initiatives, including:

Started in 1965 by Gerald and Henrietta Rauenhorst, GHR Foundation seeks transformational change in health, education and global development, and it partners with the world's experts to achieve impact. In the philanthropic spirit of their founders--whose lives were impacted by Alzheimer's disease--GHR Foundation's Health Program funds innovative approaches to Alzheimer's prevention research. GHR Foundation has funded Alzheimer's research for more than three decades and is focused on supporting the goal of the National Plan to Address Alzheimer's Disease to prevent and effectively treat Alzheimer's by 2025. The Foundation has committed more than $17 million over five years to scaling up important Alzheimer's research already underway. GHR is funding some of the largest prevention research efforts in the field including:

"With the support of GHR Foundation and MetLife Foundation we have made extraordinary advancements in Alzheimer's research, care and support," said Harry Johns, president and CEO of the Alzheimer's Association. "This year, these two exceptional foundations are being honored--a testament to the impact people and organizations as a whole can have in the fight against Alzheimer's. The generosity expressed through the philanthropic efforts of these foundations has led to numerous new programs and resources that support Alzheimer's researchers and those impacted by the disease. On behalf of the Alzheimer's Association, I sincerely thank MetLife and the GHR Foundation for all they have done in this area."

The awards are being presented during the AAIC 2015 opening session on Sunday, July 19. Accepting the award for MetLife Foundation is A. Dennis White, president and chief executive officer, and for GHR Foundation Fred Miller, strategic consultant, is accepting.

The Alzheimer's Association is committed to accelerating the global effort to eliminate Alzheimer's disease and to recognizing the efforts of researchers who further our understanding about this devastating disease. The Association is the largest nonprofit funder of Alzheimer's research. It currently supports nearly 350 ongoing research projects in 21 countries, totaling over $78 million. Since 1982, it has awarded nearly $340 million to almost 2,300 scientific investigations.

MetLife Foundation was established in 1976 by MetLife to carry on its long tradition of corporate contributions and community involvement. For over 25 years, MetLife and MetLife Foundation have invested more than $32 million for Alzheimer's research and public information programs, including over $17 million through the Awards for Medical Research in Alzheimer's disease program. The Foundation has also supported a number of major initiatives, including the PBS documentary The Forgetting: A Portrait of Alzheimer's; short pocket films on Alzheimer's narrated by David Hyde-Pierce; an educational initiative with the National Institute on Aging's Alzheimer's Disease Centers; the film Alzheimer's Disease: Facing the Facts; and initiatives that include caregiving videos, Alzheimer's toolkits and resources for the Hispanic community. Learn more about the MetLife Foundation Awards for Medical Research at http://mlfawards.afar.org.

About the Alzheimer's Association®

The Alzheimer's Association is the leading voluntary health organization in Alzheimer's care, support and research. Our mission is to eliminate Alzheimer's disease through the advancement of research, to provide and enhance care and support for all affected, and to reduce the risk of dementia through the promotion of brain health. Our vision is a world without Alzheimer's. Visit alz.org or call 800.272.3900.

*The AFAR awards ceremony will be held on Monday, July 20, from 6-8 p.m. at the Marriott Marquis Hotel, Marquis Ballroom - Salons 9 & 10, 901 W. Massachusetts Avenue NW, Washington D.C. The ceremony includes a research briefing featuring each awardee as well as special remarks by Marie Bernard, M.D., deputy director of the National Institute on Aging. 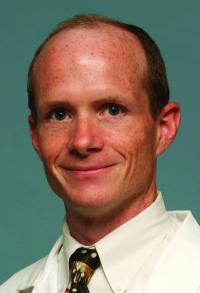 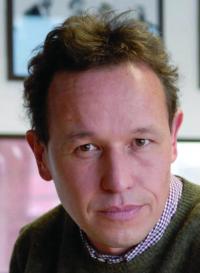