Washington, D.C. - Shigeki Watanabe is the 2015 grand prize winner in the annual international competition for The Eppendorf & Science Prize for Neurobiology. Watanabe is recognized for the development of a new ultrafast technique that will allow neuroscientists to visualize nerve cell activity on a rapid time scale.

"Nerve cells, or neurons, operate on a millisecond time scale, but the traditional electron microscopy methods are too slow to track changes that occur in these cells," said Watanabe, who pursued his Ph.D. research at the University of Utah with Dr. Erik Jorgensen and his postdoctoral work in the Rosenmund laboratory at the Charité Universitätsmedizin in Berlin, Germany. "We developed a novel technique, called 'flash-and-freeze', to visualize these changes."

To better understand how our nervous system sustains their activities to meet our physical and mental demands, Watanabe and his colleagues at the University of Utah have been studying how neurons recycle synaptic vesicles, small cellular structures that store neurotransmitters, the primary means of communication between neurons.

After neurons are stimulated, synaptic vesicles fuse with the cell membrane, releasing their chemical signals, neurotransmitters. This process happens over and over, reducing the vesicle supply. To counteract this, vesicles are recycled.

Scientists have previously proposed two models by which vesicle recycling happens--a faster model called kiss-and-run and a slower model based on the protein clathrin. Seeking to more closely observe the synaptic vesicle recycling process, Watanabe and his colleagues used a light-sensitive ion channel (channelrhodopsin), which serves as a switch for neuronal activity, to stimulate neurons; when light flashes, neurons engineered to express channelrhodopsin are activated, causing the synaptic vesicles they harbor to fuse at nerve terminals. Watanabe and colleagues engineered mouse hippocampal neurons to express channelrhodopsin, stimulated these neurons, and then froze them at different time points following stimulation. "We were able to capture snapshots of the events at different time points, in effect, generating a 'flip-book' of membrane movement during synaptic transmission with millisecond temporal resolution, Watanabe said.

"Shigeki Watanabe's work gives new insights into the process of neurotransmitter release, one of the most fundamental functions of every nervous system," said Dr. Peter Stern, Science's senior editor, who chaired the Prize jury. "Shigeki's technique has pushed the boundaries of the time resolution under which these processes can now be studied by neuroscientists."

The Eppendorf and Science Prize in Neurobiology recognizes outstanding international neurobiological research based on current methods and advances in the field of molecular and cell biology by a young, early-career scientist, as described in a 1,000-word essay based on research performed within the last three years. The grand prize winner receives $25,000 from Eppendorf.

In his award-winning essay, "Slow or fast?--A tale of synaptic vesicle recycling," which will be published in the 2 October issue of Science, Watanabe describes how he was surprised to observe that vesicles are molded anew from structures inside the neurons called endosomes; scientists had previously thought that synaptic vesicles were regenerated at the cell surface.

His novel technique also revealed that the vesicle recycling mechanism seems to have two components--an ultrafast mechanism followed by a slower one. "The ultrafast mechanism perhaps rapidly clears the fusion sites of excess membrane," he wrote. "The slower mechanism, a clathrin-dependent process, reconstitutes vesicles at a more leisurely pace from endosomes--nevertheless it only requires 2-3 seconds, which is considered rapid for any mechanism."

He concludes that the ultrafast mechanism is not a kiss-and-run model and the slow mechanism does not operate at the plasma membrane, as the clathrin model is thought to. He suggests disagreement between his results and those previously published may result from differences in experimental conditions, among other issues.

"In the future, I plan to apply these techniques to study the changes that occur in the other side of the synapse," said Watanabe, the 14th winner of the prize. "I hope to explore how memory is stored in our nervous system."

Watanabe and the following finalists will be recognized at the annual meeting of the Society for Neuroscience on Sunday, 18 October 2015, in Chicago, Illinois.

Shigeki Watanabe, for his essay "Slow or fast?--A tale of synaptic vesicle recycling." Watanabe received his undergraduate and Ph.D. degrees from the University of Utah. For his Ph.D. and postdoctoral work, he has been studying the mechanisms underlying synaptic vesicle cycle in C. elegans neuromuscular junctions and mouse hippocampal neurons. In January 2016, he will begin his own laboratory at Johns Hopkins University, where he will study the membrane and protein dynamics that mediate synaptic plasticity.

Finalists Julija Krupic, for her essay "Brain crystals." Krupic received her undergraduate degree from Vilnius University and a Ph.D. from University College London (UCL). She is currently a Sir Henry Wellcome Fellow at UCL, where she conducts research on how place cell activity guides animal behavior. In 2016, Julija will move to the Salk Institute where she will study how connectivity affects the functional properties of place cells.

Jeremiah Cohen, for his essay "Dopamine and serotonin signals for reward across timescales." Cohen received his undergraduate degree from Brandeis University, a Ph.D. in neuroscience from Vanderbilt University, and completed his postdoctoral work at Harvard University. His laboratory in the Solomon H. Snyder Department of Neuroscience at Johns Hopkins University investigates the neural circuits underlying reward, mood, and decision making.

For the full text of finalist essays and for information about applying for next year's awards, see the Science Web site at http://www.sciencemag.org/site/feature/data/prizes/eppendorf/winning.xhtml

Eppendorf is a leading life science company that develops and sells instruments, consumables, and services for liquid handling, sample handling, and cell handling in laboratories worldwide. Its product range includes pipettes and automated pipetting systems, dispensers, centrifuges, mixers, spectrometers, and DNA amplification equipment as well as ultra-low temperature freezers, fermentors, bioreactors, CO2 incubators, shakers, and cell manipulation systems. Consumables such as pipette tips, test tubes, microliter plates, and disposable bioreactors complement the range of highest-quality premium products. Eppendorf products are most broadly used in academic and commercial research laboratories, e.g., in companies from the pharmaceutical and biotechnological as well as the chemical and food industries. They are also aimed at clinical and environmental analysis laboratories, forensics, and at industrial laboratories performing process analysis, production, and quality assurance. Eppendorf was founded in Hamburg, Germany in 1945 and has about 2,930 employees worldwide. The company has subsidiaries in 25 countries and is represented in all other markets by distributors.

The American Association for the Advancement of Science (AAAS) is the world's largest general scientific society and publisher of the journal Science as well as Science Translational Medicine, Science Signaling, and a digital, open-access journal, Science Advances. AAAS was founded in 1848 and includes nearly 250 affiliated societies and academies of science, serving 10 million individuals. Science has the largest paid circulation of any peer-reviewed general science journal in the world. The non-profit AAAS is open to all and fulfills its mission to "advance science and serve society" through initiatives in science policy, international programs, science education, public engagement, and more. For the latest research news, log onto EurekAlert!, www.eurekalert.org, the premier science-news Web site, a service of AAAS. See www.aaas.org.

American Association for the Advancement of Science 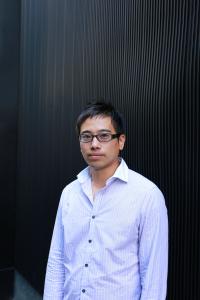 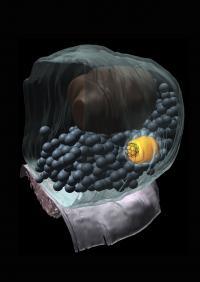