Why would a bacteria-killing protein be present in an area of the body that is not normally exposed to bacteria, like the pancreas? Researchers at The Ottawa Hospital and the University of Ottawa puzzled over this question for some time, until they eventually discovered that the protein in question was doing something entirely unexpected - it was actually helping the pancreas regenerate and produce insulin. This ground-breaking discovery, recently published in the journal Diabetes, could lead to new treatments for this devastating disease.

More than 400 million people around the world have diabetes1, which occurs when the body can't properly control the level of sugar in the blood. Normally, insulin produced by the pancreas tightly controls blood sugar levels, but people with diabetes either can't produce enough insulin or can't properly respond to it. Even with insulin injections patients still face many health challenges, including organ damage and decreased lifespan.

Dr. Fraser Scott and his team study type 1 diabetes, which occurs when the immune system - which is supposed to protect the body against dangerous microbial invaders - mistakenly attacks and destroys insulin-producing cells in the pancreas. Nobody knows exactly what causes this, but genetics, diet, bacteria and viruses are thought to play a role.

Dr. Scott's previous research suggested that a bacteria-killing protein called cathelicidin antimicrobial peptide (CAMP) might also play a role in type 1 diabetes, but it was not clear how.

"We were looking for this bacteria-killing protein in various parts of the body, and as expected, we found high levels in the gut tissues that are exposed to bacteria," explained Dr. Scott, a senior scientist at The Ottawa Hospital and professor at the University of Ottawa. "However, we also found it in the pancreas, which was a complete shock because the pancreas isn't typically exposed to bacteria."

Dr. Scott and his team did further experiments to try to determine what CAMP was doing in the pancreas and how it might be linked to diabetes. They found that CAMP is produced by the same pancreatic cells that produce insulin in rats, mice and humans. They also treated pancreatic cells in the laboratory with CAMP, and found that it doubled insulin secretion. When they injected diabetes-prone rats with CAMP, they also found signs of increased regeneration in the pancreas and a shift towards more beneficial bacteria in the gut. They also found that CAMP gene expression was lower in diabetes-prone rats than in normal rats, highlighting a potential opportunity for disease treatment.

"Our study uncovers an intriguing new role for this protein in pancreas function and regeneration, with possible links to diabetes-associated gut bacteria," said Dr. Scott. "We certainly don't have all the answers yet, but our findings raise the exciting possibility of novel treatments for both type 1 and type 2 diabetes."

Funders: This research was funded by the Canadian Institutes of Health Research, the Ontario Ministry of Training, Colleges and Universities, The Ottawa Hospital Foundation and the Ottawa charity, Cure Diabetes.

About The Ottawa Hospital: The Ottawa Hospital is one of Canada's largest learning and research hospitals with over 1,100 beds, approximately 12,000 staff and an annual budget of over $1.2 billion. Our focus on research and learning helps us develop new and innovative ways to treat patients and improve care. As a multi-campus hospital, affiliated with the University of Ottawa, we deliver specialized care to the Eastern Ontario region, but our techniques and research discoveries are adopted around the world. We engage the community at all levels to support our vision for better patient care. See http://www.ohri.ca for more information about research at The Ottawa Hospital.

About the University of Ottawa: The University of Ottawa is home to over 50,000 students, faculty and staff, who live, work and study in both French and English. Our campus is a crossroads of cultures and ideas, where bold minds come together to inspire game-changing ideas. We are one of Canada's top 10 research universities--our professors and researchers explore new approaches to today's challenges. One of a handful of Canadian universities ranked among the top 200 in the world, we attract exceptional thinkers and welcome diverse perspectives from across the globe. http://www.uottawa.ca

Could a bacteria-killing protein lead to a new treatment for diabetes? 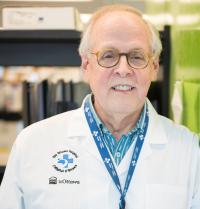 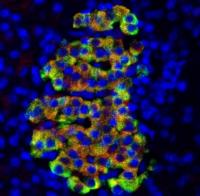