EPFL scientists have developed an animal model for breast cancer that faithfully captures the disease. Tested on human breast tissue, this the most clinically realistic model of breast cancer to date.

Breast cancer is the most common cause of cancer-related deaths worldwide, affecting one in eight women. There are different types of breast cancer, but one type in particular accounts for almost three quarters of all breast tumors. These tumors feature a receptor for estrogen, and very often become resistant to hormone therapy. Despite their high frequency, these "estrogen receptor-positive" tumors have been difficult to research because the animals we test drugs on are often not relevant to the clinic. Publishing in Cancer Cell, EPFL scientists have now developed the most biologically faithful animal model for estrogen receptor-positive breast cancer. Their model has also been tested on human breast tissue in a pre-clinical context.

About 90 percent of tested new cancer drugs fail. The reason, in part, is that the animals on which these drugs are tested often fail to capture the complex biology of the cancers they are meant to represent. This biological inaccuracy frequently gives rise to data that seem encouraging at first but are then not matched in humans. The drug fails and pushes research back to square one.

Some of the best pre-clinical animal models for breast cancer are made by injecting human breast tumors into the fatty tissue of the animal's breast or its flank - the animal itself is usually a mouse. Nevertheless, these animal models - called "patient-derived xenografts" - under-represent the most frequent and lethal breast tumors, the estrogen receptor-positive type. The reason is that after injection into the animal, the tumor cells frequently die off and fail to proliferate.

To test their new xenograft idea, the team obtained breast cancer cell lines and tumor tissues from estrogen receptor-positive breast cancer patients, and injected them directly into the milk ducts of mice. The results were remarkable: All the new xenograft models that were tested faithfully mimicked actual patient tumors in terms of histopathology and even molecular biology.

"With this breakthrough, breast cancer disease, progression and metastasis, now become amenable to study," says Sflomos. "We can now study crucial factors, such as the action of hormones and molecular responses to therapies, for the first time in a relevant context. But more importantly, this model opens up new opportunities not only for the development but also for the evaluation of breast cancer therapies."

This work included a collaboration of EPFL's Swiss Institute for Experimental Cancer Research (ISREC), the Lausanne University Hospital (CHUV) and the University of Tartu (Estonia). It was funded by the European Union Seventh Framework Programme (Innovative Medicines Initiative Joint Undertaking/PREDECT consortium), the European Federation of Pharmaceutical Industries and Associations, Oncosuisse and the Swiss National Science Foundation. 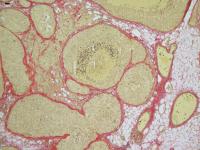 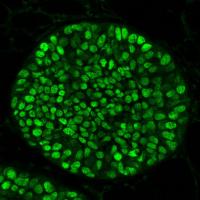